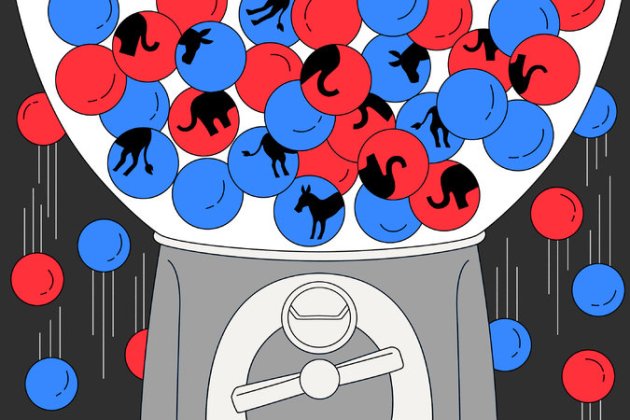 By Nate Cohn in The New York Times

President Obama, even in his worst hours after the first presidential debate in 2012, held a consistent lead in Wisconsin, Ohio and Nevada. It was always enough to win re-election, and he had multiple paths to victory if any of those states fell through.

“Close but clear” was the refrain.

For most of this year, the fight for control of the Senate would have been best described as close but unclear. The Republicans’ lead in critical races has rarely been as consistent as Mr. Obama’s lead in Ohio, Wisconsin or Nevada was.

Sometimes, it wasn’t even clear that they held a lead at all.

But with three weeks to go, the Senate race might be on the verge of becoming a lot clearer.

The polls have shown Republicans faring quite well over the last couple of weeks, and they now appear to lead in the polls in enough contests to win 52 seats, with Iowa, Colorado and the six Democratic-held states won by John McCain in the 2008 presidential election and Mitt Romney in 2012.

The Democrats still have a plausible path to victory. The Republican grasp on those 52 seats is still not as sure as Mr. Obama’s lead in Ohio or Wisconsin.

The Democrats still have a plausible path to victory. The Republican grasp on those 52 seats is still not as sure as Mr. Obama’s lead in Ohio or Wisconsin.

The Republicans have a solid grasp on 44 seats, and the Democrats on 45 seats. Republicans need to win seven of the remaining seats to take control. Here is a look at them.

Like Loading...
‹ Conflict Kitchen’s Palestinian focus criticized as one-sided
How One Man Refused to Spy on Fellow Muslims for the FBI—and Then Lost Everything ›