The fearless father who threw himself on a suicide bomber, saving ‘hundreds’ of lives in Beirut 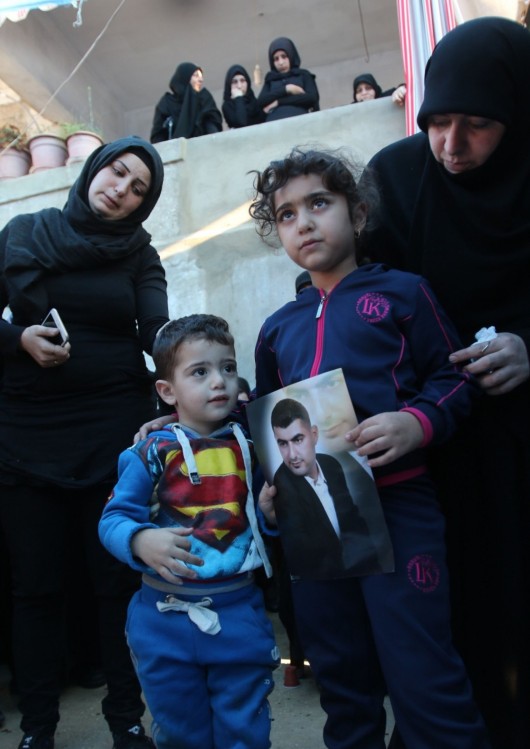 Ali and Malak, the children of Adel Termos, who was killed in a twin bombing attack that rocked a busy shopping street in the area of Burj al-Barajneh in Beirut’s southern suburb, carry a portrait of their father during his funeral in the village of Tallussa in the Nabatiyeh governorate, south of Lebanon, on Nov. 13, 2015. (Mahmoud Sayyat/AFP/Getty Images)

A father, with his young daughter watching, sacrificed himself to save others when terrorists struck Beirut last week.

The day before the horrific massacre in central Paris left the world reeling, two attacks during rush hour in Lebanon’s capital city killed 45 and wounded more than 200 others.

If not for the heroic actions of one man, the death toll would have been much higher. And now, days later, his heroism is being recognized.

Adel Termos was walking in an open-air market with his daughter, according to reports, when the first suicide bomber detonated his explosives. Amid the instant chaos, Termos spotted the second bomber preparing to blow himself up, and made the quick decision to tackle him to the ground. The bomb went off, killing Termos, but saving countless others, including his daughter’s.