When Turkish authorities seized control of the daily newspaper “Zaman,” some journalists were fired or resigned themselves. One of them is Sevgi Akarcesme, who left her home and fled to Brussels with a one-way ticket. 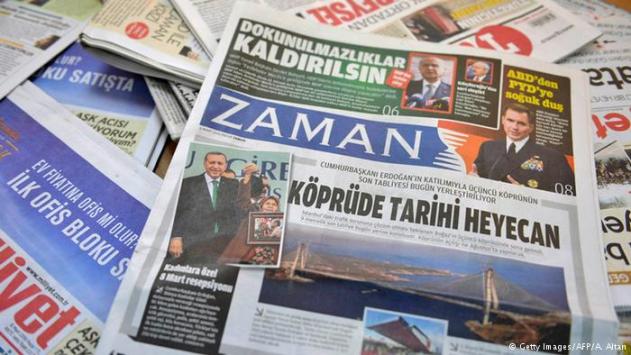 The mass-circulation opposition newspaper has since reopened under heavy police guard, with the editors-in-chief removed from their posts or leaving voluntarily.

Among them is the now Brussels-based Sevgi Akarcesme, who fled her country with one suitcase and a vague future. Until March 6, she served as the editor-in-chief of “Today’s Zaman,” the English edition of the Turkish top-selling daily. Now, she’s not entirely sure what tomorrow will bring.

“It wasn’t the first time our newspaper had been raided, but it was definitely the most brutal raid,” she told DW. “And this media witch hunt is not limited to our newspaper alone.”

According to Akarcesme, “everyone who dares to criticize the government is somehow accused, detained, intimidated or imprisoned. So why should I take such a risk when I can speak my mind freely here?”