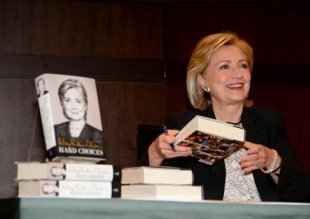 A short, concise article that pretty much articulates my early concerns about Hillary as the Democratic candidate, which center on her position on Snowden and surveillance.  Not mentioned in the article is the similar position she’s already established with Julian Assange.  Her friendship and bond with Diane Feinstein on matters of journalism and national security add another iron to this fire.

“With her scurrilous attacks on Snowden, Hillary Clinton is either a fool or a liar.“

I thought this a bit harsh, but within the context, it is actually precisely the problem here.  If she loses my vote, this is the simplicity of my reason.