Home › Economics › Noam Chomsky: The Kind of Anarchism I Believe in, and What’s Wrong with Libertarians

Noam Chomsky: The Kind of Anarchism I Believe in, and What’s Wrong with Libertarians 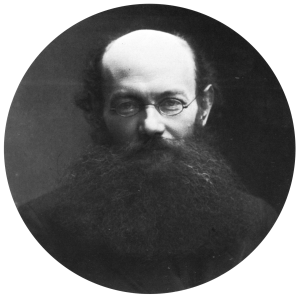 I’ve always been baffled about the misconceptions surrounding the word “anarchism”.  I visualize everything into a story (storyartist), and on the word anarchism I picture rich white men like William Randolph Hearst sitting around a carved rich-wood table scheming how to put ideas into their newspapers that will make people afraid of anarchism, so they use the word as a superlative undesirable, the way today they use the word liberal.

Chomsky: Yes, and so well that kind of libertarianism, in my view, in the current world, is just a call for some of the worst kinds of tyranny, namely unaccountable private tyranny.  Anarchism is quite different from that.  It calls for an elimination to tyranny, all kinds of tyranny.  Including the kind of tyranny that’s internal to private power concentrations.  So why should we prefer it?  Well I think because freedom is better than subordination.  It’s better to be free than to be a slave.  It’s better to be able to make your own decisions than to have someone else make decisions and force you to observe them.  I mean, I don’t think you really need an argument for that.  It seems like … transparent.

Somewhere in the output from the carved rich-wood table, they must have accompanied a photograph of Russia, attaching the meaning of the word with mob chaos.

As for state socialism, depends what one means by the term.  If it’s tyranny of the Bolshevik variety (and its descendants), we need not tarry on it.  If it’s a more expanded social democratic state, then the comments above apply.  If something else, then what?  Will it place decision-making in the hands of working people and communities, or in hands of some authority?  If the latter, then — once again — freedom is better than subjugation, and the latter carries a very heavy burden of justification.

For those of us approaching our 46th year class reunion from 1968, our adult lives have been shaped by manipulations of a frightened elite minority targeted at our exercise in anarchism as budding young adults.

So I don’t think you can give an argument that there are economic necessities behind the incredibly high increase in tuition.  I think these are social and economic decisions made by the people who set policy.  And [these hikes] are part of, in my view, part of a backlash that developed in the 1970s against the liberatory tendencies of the 1960s.  Students became much freer, more open, they were pressing for opposition to the war, for civil rights, women’s rights … and the country just got too free. In fact, liberal intellectuals condemned this, called it a “crisis of democracy:”  we’ve got to have more moderation of democracy.   They called, literally, for more commitment to indoctrination of the young, their phrase … we have to make sure that the institutions responsible for the indoctrination of the young do their work, so we don’t have all this freedom and independence.  And many developments took place after that.  I don’t think we have enough direct documentation to prove causal relations, but you can see what happened.  One of the things that happened was controlling students — in fact, controlling students for the rest of their lives, by simply trapping them in debt.

The philosophy of anarchism was conceived around 1912 by a Russian geographist/zoologist named Petr Kropotkin.  His theory was influenced by his scientific framework and triggered by social Darwinism.  While paying tribute to survival of the fittest, he believed the determining factor of highest survival was not competition but cooperation.  I didn’t learn about this until I was in my 50s — what a surprise that was!  I’m still unlearning that one when I read certain topics and those automatic thoughts kick in!  I’d been PR’d by the carved rich-wood publications to believe anarchy meant lack of order, chaos.  But it fact it was lack of order eminating from the carved rich-wood table only, that the order rises organically from those who are participating in the order, by cooperating.

In fact the economist who chaired the Federal Reserve around the Clinton years, Alan Greenspan — St. Alan as he was called then, the great genius of the economics profession who was running the economy, highly honored — he testified proudly before congress that the basis for the great economy that he was running was what he called “growing worker insecurity.”  If workers are more insecure, they won’t do things, like asking for better wages and better benefits.  And that’s healthy for the economy from a certain point of view, a point of view that says workers ought to be oppressed and controlled, and that wealth ought to be concentrated in a very few pockets.

Anarchy threatens the white wealthy elites.  It seems to me that the more wealth increases, it’s directly proportional to the decrease and suppression necesssary to control and enslave the worker bees.  And my own opinion is that the 2 men most responsible for untangling the threads that held together the rules established by a cooperating workforce are Phil Grimm (McCain’s partner in crime) and Alan Greenspan (husband of Andrea Mitchell, lead news anchor of a major rich-wood tabled network).

Like Loading...
‹ Canadians Can’t Drink Their Water After Massive Keystone XL Spill
Water and the World’s Food Supply-Part I ›