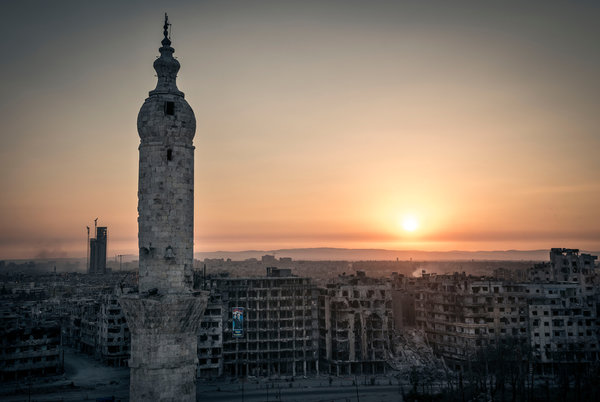 TORN BY WAR The view from a mosque in Homs, Syria, that has served as a rallying point for insurgents. Credit Sergey Ponomarev for The New York Times

By Anne Barnard in The New York Times

ANTAKYA, Turkey — It was a victory that President Bashar al-Assad’s opponents had dreamed of: Insurgents seized a key army base in northern Syria after more than a year of trying. But the mood in this Turkish border town, flooded with Syrians who have fled both government bombings and extremist insurgents, was more bitter than celebratory.

The assault this month was led by the Nusra Front, Al Qaeda’s arm in Syria, which claimed the spoils. By contrast, many of the first Syrians to rise up against Mr. Assad in 2011 — civilian demonstrators and army defectors alike — followed the battle from the sidelines here, unable to enter Syria under threat of death from…