5 Killed in Land Protests in Ethiopia 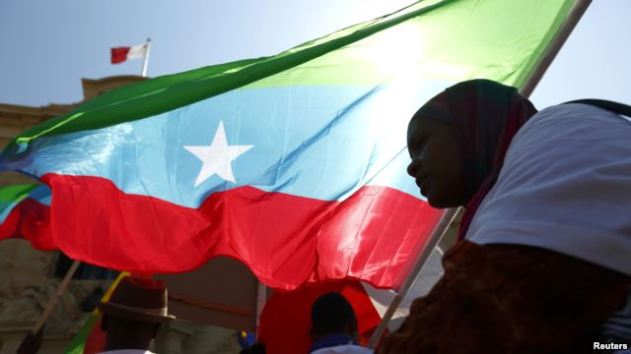 Members of the Oromo community of Ethiopia, living in Malta, protest against the Ethiopian regime and its plan to displace Oromo farmers outside the office of Malta’s Prime Minister in Valletta June 16, 2014.

Ethiopia’s government says five people have been killed in protests against a government plan to develop farmland outside the capital into a new business zone.

Communications Minister Getachew Reda said Monday that the number of dead could rise. Opposition supporters say more than 30 people have been killed in three weeks of protests in the Oromia region around the capital, Addis Ababa.

The protesters, who are from the Oromo ethnic group, say the government plan will lead to a loss of autonomy and marginalization for Oromo people living on the outskirts of the capital.

Read more at Voice of America