Eni says after full development, the discovery will be able to ensure satisfying Egypt’s natural gas demands ‘for decades.’ 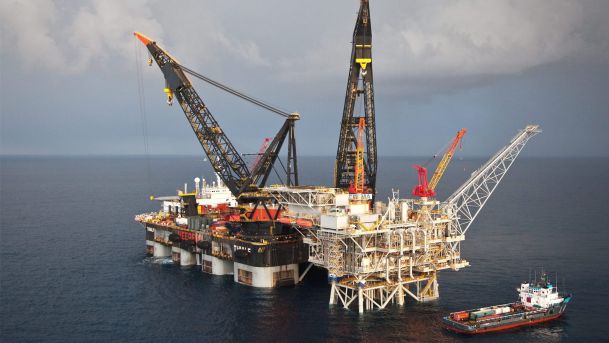 The Tamar gas field off the coast of the Mediterranean. Albatross Aerial Perspective

The Italian energy company Eni SpA announced Sunday it has discovered a “supergiant” natural gas field off Egypt, describing it as the “largest-ever” found in the Mediterranean Sea.

Eni said the discovery — made in its Zohr prospect “in the deep waters of Egypt” — could hold a potential 850 billion cubic meters of gas over an area of 100 square kilometers (38.6 square miles).

“Zohr is the largest gas discovery ever made in Egypt and in the Mediterranean Sea and could become one of the world’s largest natural gas finds,” Eni said in a statement. “The discovery, after its full development, will be able to ensure satisfying Egypt’s natural gas demand for decades.”