A working-class revolt has taken place, and frustration is spilling out in all sorts of directions. If Britain is to have a future, the escalating culture wars have to stop 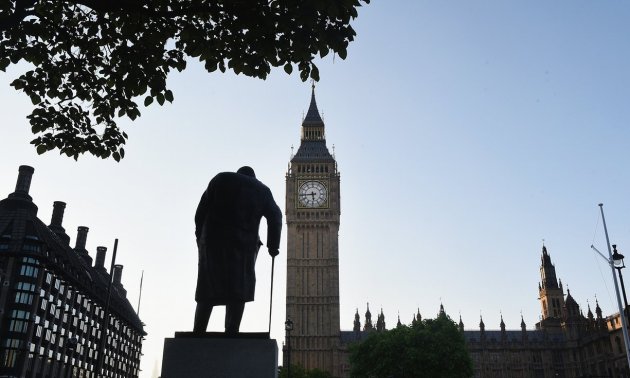 The sun rises over the the statue of Winston Churchill and the Houses of Parliament as votes are counted. Photograph: Mary Turner/Getty Images

Britain has voted to leave the European Union: here is a statement that continues to shock leavers and remainers alike. Earlier this month I wrote that “unless a working-class Britain that feels betrayed by the political elite can be persuaded, then Britain will vote to leave the European Union in less than two weeks”. And this – perhaps the most dramatic event in Britain since the war – was, above all else, a working-class revolt. It may not have been the working-class revolt against the political establishment that many of us favoured, but it is undeniable that this result was achieved off the back of furious, alienated working-class votes.

Britain is an intensely divided nation. Many of the communities that voted most decisively for leave were the same communities that have suffered the greatest battering under successive governments. The government’s Project Fear relied on threats of economic turmoil. But these are communities that have been defined by economic turmoil and insecurity for a generation. Threats that you will lose everything mean little if you already feel you have little to lose. These threats may well have deepened the resolve of many leavers, rather than undermined it. A Conservative prime minister lined up corporate titans and the US president to warn them not to do something: they responded with the biggest up-yours in modern British history.

This was not a vote on the undeniable lack of accountability and transparency of the European Union. Above all else, it was about immigration, which has become the prism through which millions of people see everyday problems: the lack of affordable housing; the lack of secure jobs; stagnating living standards; strained public services. Young remainers living in major urban centres tend to feel limited hostility towards immigration; it could hardly be more different for older working-class leavers in many northern cities and smaller towns. Indeed, the generational gap is critical to understanding this result. The growing chasm between the generations has only been deepened.

Like Loading...
‹ Death in Black and White
Vast Purge in Turkey as Thousands Are Detained in Post-Coup Backlash ›