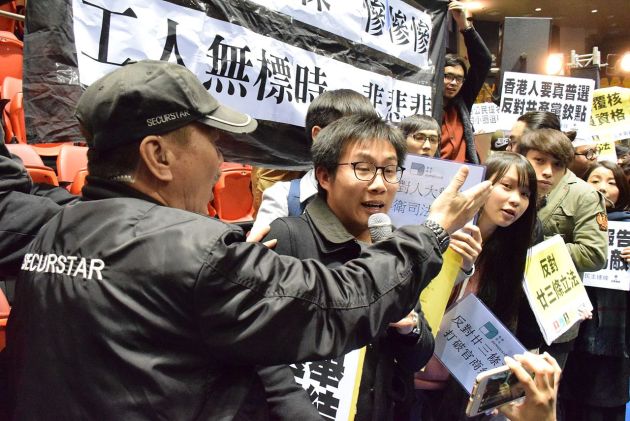 It is the first leadership vote since mass “Umbrella Movement” rallies calling for fully free elections in 2014 failed to win reforms and comes after a turbulent term under current chief executive Leung Chun-ying.

Leung, who is seen by opponents as a Beijing puppet, and will step down in July after five years in charge.

Hong Kong is semi-autonomous and has been governed under a “one country, two systems” deal since it was handed back to China by Britain in 1997.

But, 20 years on, there are serious concerns Beijing is disregarding the handover agreement designed to protect Hong Kong’s way of life.

Frustration at what activists see as China’s increasing influence and a lack of promised political reform has sparked calls for self-determination for Hong Kong, or even a complete split from China.

She is intensely disliked by the pro-democracy camp after promoting the Beijing-backed reform package that sparked 2014’s massive protests.