Syrian photographer Khaled al-Hariri, who worked for Reuters for more than 20 years, has died aged 54 following a long illness.

“Khaled was one the most prominent photojournalists in Syria,” said Jamal Saidi, a longstanding colleague.

Hariri started his career at the local Syrian newspaper Tishreen before joining Reuters in the capital Damascus in 1991.

He was arrested by the Syrian security forces at the beginning of the Syrian uprising in 2011 in the southern city of Deraa while taking pictures of protests that demanded change from President Bashar al-Assad. 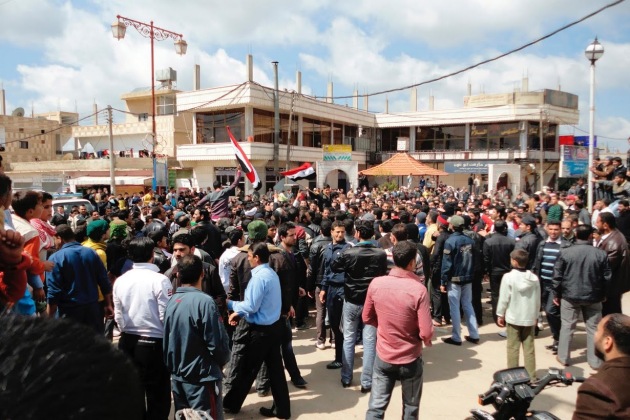 Syrians shout “freedom” during a protest near the city of Deraa.

Earlier in his career at Reuters, in 2004, Hariri got an offer to become the private photographer of Assad. He didn’t accept the job.

German memorial to homosexuals murdered by the Nazis. By Manfred Brueckels (Own work) [CC BY-SA 3.0], via Wikimedia Commons

(Reuters) – The Arkansas Senate overwhelmingly approved on Friday a Republican-backed bill whose authors say is intended to protect religious freedoms but critics contend could allow businesses to refuse service to gay people.

The Republican governor of Indiana signed into law a similar “religious freedom” bill on Thursday, prompting protests from human rights groups and criticism from some business leaders.

The bill advancing in the Republican-led Arkansas legislature says “governments should not substantially burden the free exercise of religion without compelling justification.” 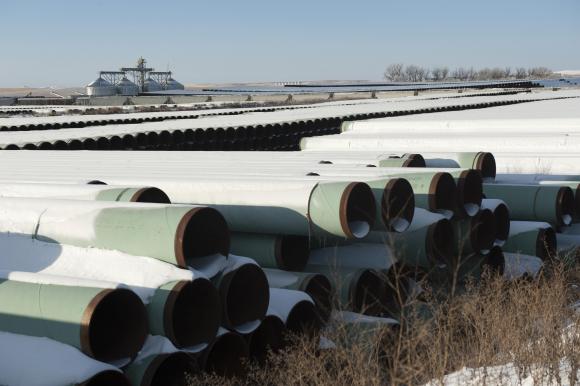 (Reuters) – The Keystone XL oil pipeline cleared two hurdles on Friday, setting up a showdown between Congress and President Barack Obama who has raised new questions about the project after more than six years of review.

Following months of deliberation, the Nebraska Supreme Court allowed a route for the pipeline to cross the state, shifting the debate over TransCanada Corp’s project fully to Washington, where Republicans now in control of Congress are seeking to force its final approval.

Hours later, the House of Representatives passed a bill 266 to 153, with 28 Democrats in support of the project. The Senate will debate a Keystone bill next week, but White House officials said Obama would reject the legislation.

“If presented to the president, he will veto,” spokesman Eric Schultz said in a statement.

Obama has criticized the pipeline recently saying it would do little to cut prices for U.S. consumers and that it would mainly benefit the company as the petroleum would eventually be shipped abroad.

In Nebraska, the legal question narrowly focused on whether former Governor Dave Heineman had a right to bless the route of the pipeline in his state. The pipeline would carry up to 830,000 barrels of oil per day mostly from Canada’s oil sands to Nebraska, en route to Gulf Coast refineries.