One of my major observations about the 2016 presidential campaign is that students and young people generally are becoming increasingly engaged politically and bringing their hopes and dreams for themselves and for America to the center of the national political arena through direct action and communication and organizing through the global explosion of social media.

This is great news for America, and no presidential candidate has done more to inspire this outpouring of excitement from young people than the oldest presidential candidate, Sen. Bernie Sanders (I-Vt.). In my recent piece for The Hill, I applauded Sanders’s proposal for free public college education and how he intends to finance his program through a transaction tax on Wall Street trades.

Nothing would do more to empower the American economy and better realize the American Dream than giving every young person the opportunity for greater learning, knowledge and economic opportunity than a college education that does not impose financial hardship on the moms and dads, and sons and daughters, of the nation.

And considering that those of us who belong to older generations are leaving our young people with mountains of federal debt, nothing would be more just and fair than financing a free college education by asking older generations who trade on Wall Street to follow President Kennedy’s dictum and ask what they can do for our country. 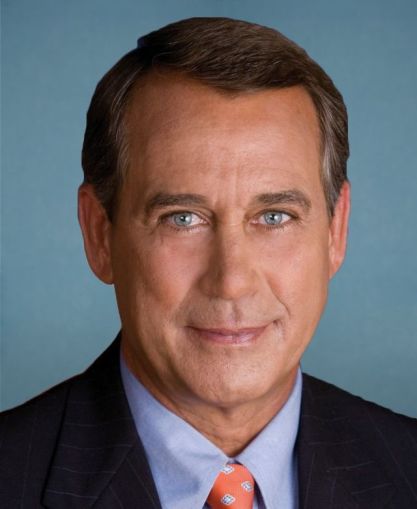 Jonh Boehner, Speaker of the United States House of Representatives

And without their support, there is no chance to topple Boehner in this Congress.

A number of right-wing Republicans, long wary of Boehner’s commitment to GOP efforts attacking President Obama’s policy priorities, have openly considered a coup in an attempt to transfer the gavel into more conservative hands.

But Democrats from across an ideological spectrum say they’d rather see Boehner remain atop the House than replace him with a more conservative Speaker who would almost certainly be less willing to reach across the aisle in search of compromise. Replacing him with a Tea Party Speaker, they say, would only bring the legislative process — already limping along — to a screeching halt.

Boehner, who has grappled with dissent from the Tea Party wing since he took the Speaker’s gavel in 2011, has seen opposition to his reign grow this year, even as he commands the largest GOP majority since the Hoover administration.

That’s led to talk of a new coup, something that is more difficult to pull off after the election of a Speaker on each Congress’s first day of business.