ISTANBUL — On Day 20 of his “March for Justice” Kemal Kilicdaroglu still has a spring in his step. The 68-year-old leader of Turkey’s Republican People’s Party (CHP) has often been criticized for being an ineffectual opposition party leader. Now, Kilicdaroglu is galvanizing opposition to President Recep Tayyip Erdogan and his year-long crackdown on dissent following last July’s failed coup.

“This march has already made a difference, said Volkan Yosunlu, who like so many got up in the early hours of the morning to travel from Istanbul to join the march. “For 20 days, tens of thousands of people walking together proclaiming the same message of justice is a reflection of a growing awareness and something positive is really emerging out of this,” said Yosunlu.

“Adalet” means justice, and that is the simple message marchers carry on banners, placards and t-shirts. Marchers say they are trying to reach across the political divide bring attention to the thousands of people who have been jailed and lost jobs in Erdogan’s post-coup crackdown.

Kemal Kilicdaroglu, the leader of Turkey’s main opposition Republican People’s Party, walks with thousands of supporters on the 21st day of his 425-kilometer (265-mile) “March for Justice” in Izmit, Turkey, July 5, 2017.

“There are deputies arrested, there are many journalists arrested. Also the academics. Also the education system fell apart,” claims Zeynep Altiok CHP deputy leader as she walks towards Istanbul flanked by cheering fellow marchers. “The judiciary system is also very much under pressure. So all this together, from different levels of society everybody feels it for them right now, everybody feels for justice, everybody seeks for justice.”

Turkey Arrests More Than 1,000 In Massive Purge Of Its Police Forces 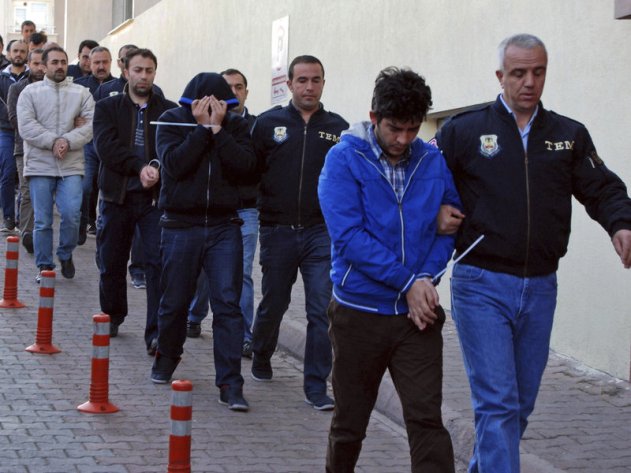 And these arrests are by no means the end of the operation. Anadolu Agency, a state-run news service, says the government aims to arrest another 2,000 people. Germany’s Deutsche Welle newspaper reports roughly 8,500 police officers undertook raids in all 81 provinces in Turkey.

Amnesty International: One Third of All Imprisoned Journalists Are in Turkey 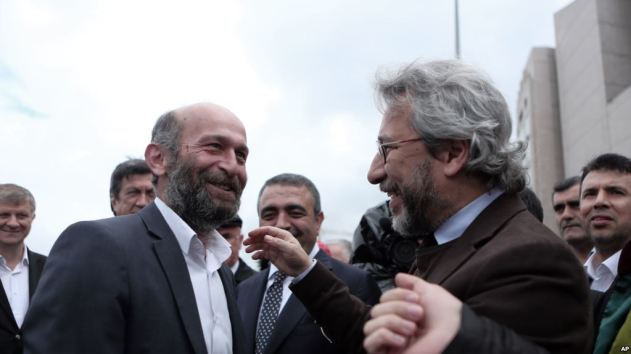 FILE – Journalists Can Dundar, right, and Erdem Gul, Ankara bureau chief of Cumhuriyet newspaper, speak before the start of their trial, hours before the attack on Can Dundar outside city’s main courthouse in Istanbul, May 6, 2016.

Amnesty International has called on the Turkish government to stop its crackdown on the media and release imprisoned journalists in the country.

“Turkey now jails more journalists than any other country. One third of all imprisoned journalists in the world are being held in Turkish prisons,” said a statement by the human rights advocacy group.

“This crackdown must end. Journalists must be allowed to do their jobs, because journalism is not a crime,” the statement added.

In the wake of last year’s failed coup attempt, the government of President Recep Tayyip Erdogan has responded with a rigorous crackdown on those who were deemed involved. In the process, tens of thousands of teachers and civil servants were fired.

Besides many military officers, journalists and activists have also been imprisoned.

The Turkish government has been defensive of its actions, but many in the international community accuse it of using the military coup attempt as a tool to target opponents and suppress human rights in the country.