The movement that dare not speak its name in Israel

Vocal opposition to the war in Gaza can be hard to express in Israel, where campaigner Gideon Levy says people ‘leave their liberalism’ at the 1967 border 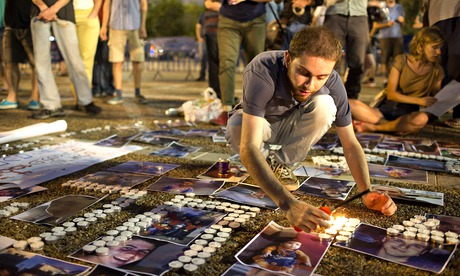 By Giles Fraser in The Guardian

Gideon Levy doesn’t want to meet in a coffee bar in Tel Aviv. He is fed up with being hassled in public and spat at, with people not willing to share the table next to him in restaurants. And now he is fed up with the constant presence of his bodyguards, not least because they too have started giving him a hard time about his political views. So he doesn’t go out much any more and we sit in the calm of his living room, a few hundred yards from the Yitzhak Rabin Centre. Rabin’s assassination by a…