Funerals Begin for 141 Slain in Taliban Attack on Pakistan School 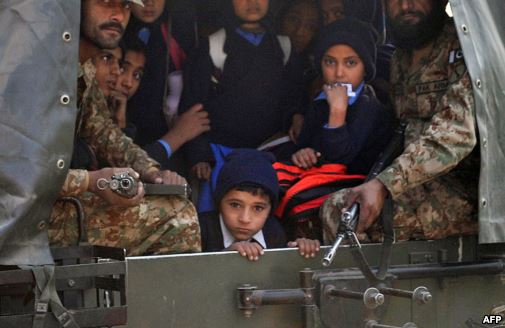 Pakistani soldiers transport rescued school children from the site of an attack by Taliban gunmen on a school in Peshawar, Dec. 16, 2014.

The first funerals are being held for the victims of a Taliban school massacre in Pakistan on Tuesday that left at least 141 people dead, most of them young students.

Wearing military uniforms and strapped with explosives, seven assailants attacked the military-run facility in the northwestern city of Peshawar, shooting children and adults.

Pakistani officials said 132 of the dead were students about 12 to 16 years old. Nine school staff members also died in the siege, which lasted more than eight hours. 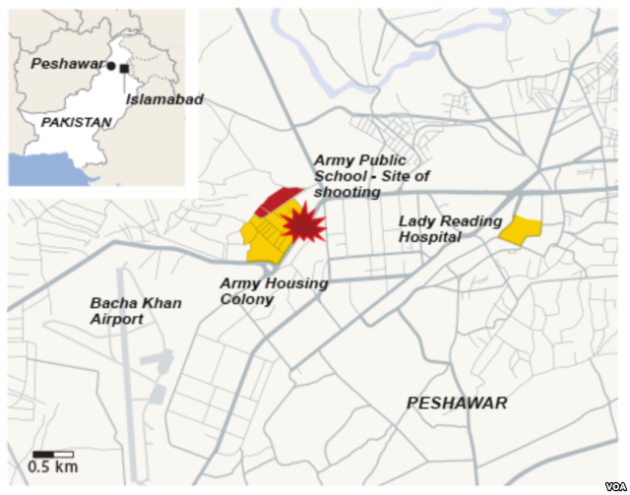 Read more at Voice of America