Home › Economics › Avoidance of taxes is a form of corruption.

Avoidance of taxes is a form of corruption. 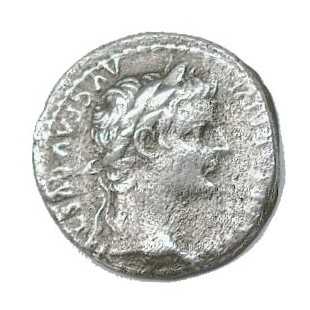 A legal definition from Legal Dictionary is this:

Avoidance
An escape from the consequences of a specific
course of action through the use of legally acceptable
means. Cancellation; the act of rendering something useless or legally ineffective.

A taxpayer may take all legally recognized deductions
in order to minimize the Income Tax liability. This conduct is called
tax avoidance and is legal.”

Yet government tax laws come under the pervue of representatives, either elected
or chosen by the government. There are government issues with taxation

Primary taxation issues facing the governments world over include;
taxes on income and wealth (or estates)
taxation of capital gains http://en.wikipedia.org/wiki/Tax_law#Major_issues

Corruption is applicable to many areas of a society. One is government ie political

In philosophical, theological, or moral discussions, corruption is spiritual or moral
impurity or deviation from an ideal. Corruption may include many activities including
bribery and embezzlement. Government, or ‘political’, corruption occurs when an
office-holder or other governmental employee acts in an official capacity for personal gain.
http://en.wikipedia.org/wiki/Corruption

The forms of corruption in general are Favoritism, Tribute, Competence and Authority  Note: I didn’t go into all the specifics but have linked it. 🙂

Generally, people understand this a lot more widely than they have in the past. The issue
has become one that has led from hyperbole (includes political) to wars,  though many claim the first is not
the case.

In the US, the avoidance of taxes has been corrupted. The use of lobbyists for the most
obscure item for a deduction or credit has become the norm, if someone can get a legislator
to get it place in tax law.

The statistics support this also:

43% pay no federal income taxes, which means that 57% do pay taxes.  It depends on how the
filing of taxes is structured. If someone pays in all year, that money is earning interest. No one gets
the interest back, specifically. It’s not a savings account :0…..

If you pay in $1,000, are low income (below approximately $30,000) you may get the $1,000 back.
If you have children the Earned Income Credit kicks in and you get more. The issue is that low income
people only, once a year, get a boost in their income. This boost to income used to come at a slow time
of the year for selling products. Once the EIC was introduced, the sales increased likewise for business’s.
Rather a neat coincidence? or maybe not.

The range for corporations is 10% to 2/3rds who do not pay taxes. It seems that the larger part of the paying
for government falls on individuals from all the statistics.

The use of Tax Havens, tax deductions and tax credits has led to a decline in business taxes.
I’ve long stated that business’s are being subsidized by individual taxes paying for education,
health and skilled training (paid for by individuals) and the government’s from Federal to State
legislators are complacent in this process. Yet, business’s want and need an edcuated, skilled,
healthy workforce  The ‘subsidies’ have multiplied down to the local level and forced not only the locals but States to issue bonds which only puts off the day when the bills come do for infrastructure, education etc.

They are further subsidized by infrastructure, military and diplomatic. Their share of taxes to pay
for all the benefits is not only tranched as being equitable but also deemed the ideal…for them.

The more I considered the larger view, it is nothing more than an avoidance of paying taxes and their
ideal has corrupted the ideal of our Republic. Though I must add, it is nothing new to history, past or
current. They overlook the greed factor that is a human flaw that needs correction, if nothing more than
for the stability and progess of the society with which they conduct business, meaning all of us no matter what country you are a citizen.