How False Equivalence Is Distorting the 2016 Election Coverage

The media’s need to cover “both sides” of every story makes no sense when one side has little regard for the truth. 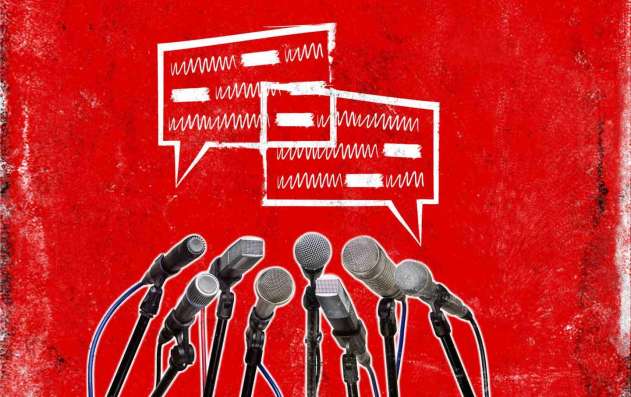 Why do so many reporters and pundits blame “both sides” when only one is responsible? The reasons are myriad and multifaceted. First, there is the old-fashioned loyalty to “objectivity.” No matter what the context, reporters feel compelled, for the record, to offer an opposing view in what journalists call a “to be sure” paragraph. Often, they just drop the phrase in the piece.

Another important factor is the clubbiness of Beltway culture, which is exacerbated during presidential elections, when the demand for even the most trivial details on the inner workings of each campaign is at a premium. Journalists rely on politicians and consultants for the scooplets that drive their horse-race reporting. They drink together after campaign events and engage in mutual back-scratching, all with the implicit assumption that only a fool or a naïf takes this politics stuff too seriously.

The refusal of so many in the media to adjudicate between truth and falsehood is not a by-product of journalistic posturing. Rather, it is at the very foundation of how those at the top define the job. A Media Matters study noted that baseless complaints about voter fraud were given the “he said/she said” treatment in the Times in 60 percent of the relevant stories published in 2013 and 2015—a 10 percent increase over the previous two years.

Yet another significant roadblock preventing reporters and pundits from telling the truth about the 2016 campaign is elite journalists’ intense but unspoken commitment to an ideology that used to be called “High Broderism” (a term coined during the Clinton wars of the 1990s and derived from the name of the late Washington Post reporter and pundit David Broder). This journalistic ideology has since been renamed “Fournierism” in some quarters, after Ron Fournier, former Washington bureau chief for the Associated Press, who is now a pundit with National Journal and a frequent guest on the Sunday shows.

In my opinion, Both sides do it, He said – she said, Fournierism, etc., have become examples of journalistic cowardice. The media is hurting the American citizens and the world.  In the last few years, watching News or reading a Newspaper is like grading bad plots from a creative writing course.  In an attempt to make both sides sound equal, media is enacting a crime against society.   When could calling women “pigs” be compared to a policy that helps women? The excuses have become so bad that they would not even make it in a bad science fiction book.

If this election and the following midterm were not so important, I would be laughing.