An Israeli soldier walks past a house that had been torched in a suspected attack by Jewish extremists killing an 18-month-old Palestinian child, injuring a four-year-old brother and both their parents at Kafr Duma village near the West Bank city of Nablus July 31, 2015. Photo: Reuters

It was a scene of chilling, sadistic callousness.

The masked men – almost certainly Jewish settlers – stood over their Palestinian victims as they writhed on the ground in agony, as if admiring the results of their incendiary handiwork.

The attackers, motivated by revenge and their faces concealed in black balaclavas, had just thrown a Molotov cocktail into Sa’ad and Riham Dawabsheh’s home as they and their two infant children slept in the remote West Bank village of Duma early on Friday.

The couple’s youngest child, Ali, 18 months old, died in the resulting blaze. Mr and Mrs Dawabsheh suffered third degree burns and were in critical condition. A second child, Ahmad, four, was left with burns over 60 per cent of his body.

Hebrew graffiti reading “revenge” and “long live the messiah” was spray-painted on the outside walls of the gutted house.

The outrage appeared to be the latest in a spate of so-called “price tag” crimes carried out in recent years by radical Right-wing settlers, who have attacked Palestinian and Christian targets as retribution for a multitude of perceived slights. 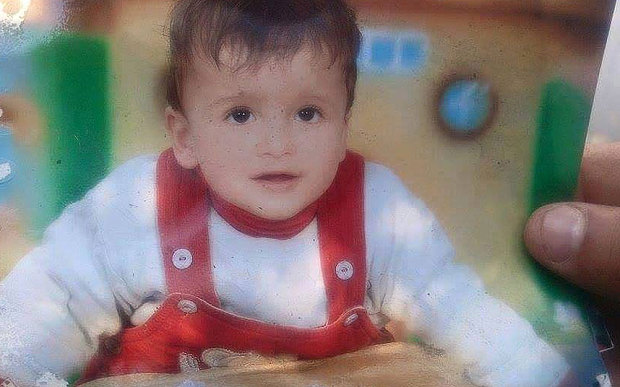 Read more at The Telegraph

Like Loading...
‹ Turkey and U.S. Plan to Create Syria ‘Safe Zone’ Free of ISIS
Inside Shell’s Extreme Plan to Drill for Oil in the Arctic ›